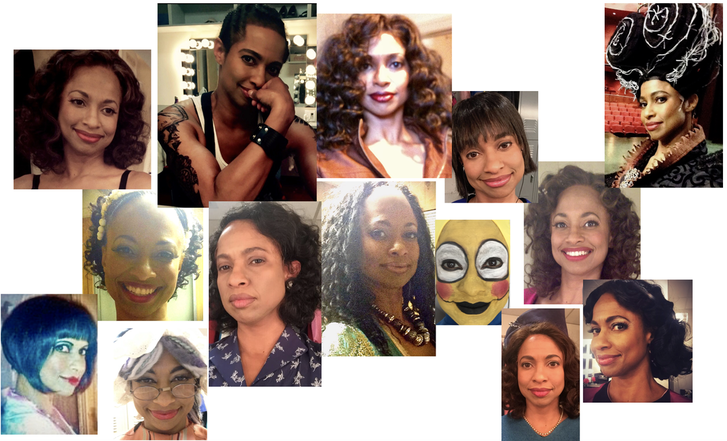 I grew up a professional “new kid.” At the whims of the U.S. Army, I attended 10 different schools by 9th grade. We military brats generally fall into one of two camps: those that march in and stake their territory, vs. those that do extensive recon before making their presence known.  I was in the latter, observing everyone and everything until I could find a shape between people, between groups, to shift myself into.

It took a long time for anyone to notice that, at a certain point, I couldn’t really see. I’d gone from fitting myself into shapes to just trying to navigate them.

People looked like a mass of faceless blobs. I thought this was normal. The problem was I had no real way to connect with anyone I didn’t already know, or even tell one new person from another. Out of desperation, I tried to memorize each blob’s shape. I began paying attention to how they moved. Fast, slow, stiff, loose, bouncy, choppy, swaying… Before I knew it, I was trying them on for size, connecting the specific feeling it gave me with the person’s name. Then finally, connecting to the actual person themselves.

I eventually got glasses and then contacts, but the habit of trying people on in order to know them has stayed with me. Now, it’s what I do for a living. As an artist, I’ve made the shapes of dancer, singer, instrumentalist, painter, amateur photographer, theatre artistic director, choreographer and movement director.  Somewhere along the line, I got a degree in acting to make the whole shapeshifting thing official.